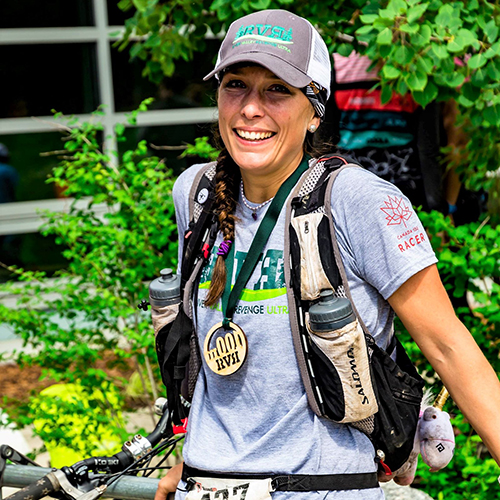 Brenda, the owner of Summit Coaching and Training, is a first generation Canadian whose life has been a bit different. In 1988, when Brenda was seven years old, her parents took a risk and moved from Vancouver, BC to the remote wilderness community of Tatlayoko Lake, BC. In this beautiful and mountainous place, Brenda grew up with her younger brother, learning about wilderness survival; growing, raising, and hunting for food; how to navigate through the mountains with just a topographic map; how to read the seasonal movements of wildlife; dedication to a vision and pursuing a dream; a strong work ethic; and the value of community and connectedness despite great distances. This setting and these circumstances gave Brenda a strong connection to Nature, an open mind, and an adventurous heart. It also helped her develop a strong body and mind.

After graduating high school, attending college, moving from BC to AB, attending university, competing in endurance racing on horseback for more than a decade, and having many adventures, Brenda was persuaded to join a relay team for her first trail race, the 2011 Canadian Death Race in Grande Cache, AB. During the race, she thought she was going to be the first person to actually die at the Death Race, but once she recovered, she realized that she was hooked and has been running trails and ultramarathons ever since. Since that fateful race, Brenda has completed numerous ultramarathons throughout western North America, from 50 km to 100 miles. The more she ran the more success she had and the more she wanted to run. But this was not meant to last.

In December 2014, after a triumphant and joyful year that included marrying her high school sweetheart, Brenda suffered a severe concussion and whiplash from a horse-riding accident. The injury left her unable to work, drive, use technology, perform basic daily tasks, run, or do exercise of any kind. She suffered with short term memory loss, coordination and vision issues, intolerance to light and sound, constant severe pain that was unaffected by prescription painkillers, debilitating exhaustion, anxiety, and depression. Then, one month after the accident her husband ended their marriage. Brenda was utterly and completely broken, physically, mentally, and emotionally.

The days that followed were the darkest of Brenda’s life, and she was on the brink of falling into the place of no return. She contemplated what it would be like to die and tried to stop breathing. She walked through the house and took stock of the options to end her life. But, instead of giving up, she reached out and asked for help. Her friends and her family became her lifeline and would not let her fall back down to the dark depths. With the help of these amazing people and a team of concussion specialists, she climbed out of the pit of despair and back into the light. She taught herself how to meditate and learned that she could control her thoughts and her pain. She chose to see the opportunity instead of the obstacle and focused on personal growth. One month stretched into two, stretched into six, stretched into nine. In that time, she worked hard on her recovery and was eventually able to return to work for two hours per day. With time and patience, her recovery progressed and she gradually returned to working full time.

At the same time Brenda began to walk again, spending months building up her endurance in the company of her dogs. When she was ready, she began to run again, starting at zero with the slowest 500 m of her life. But they were the happiest 500 m! Gradually she increased her distance, being careful to give her brain and her body ample time to rest and recover after each short jog. Her first post-recovery ultramarathon, which she completed one and a half years after her injury, was the launch pad for her return to the ultra community. She cried and smiled throughout that entire 50 mile race because her joy could not be contained!

During her recovery, Brenda spent quite a bit of time examining her life. She came to the conclusion that her career no longer completely satisfied her. There was something missing. She recalled that a friend had once mentioned that she should be a Personal Trainer. This little seed of an idea was planted, and she began to water it. After researching her options, she settled on the two-year Personal Fitness Trainer Diploma at the Northern Alberta Institute of Technology (NAIT). Within one year of returning to work, she enrolled in this program, quit her career, and returned to post-secondary school. Doing this terrified her because she was giving up a lot, but it ended up being the best decision she has ever made. At NAIT she discovered that she can turn her truest passion into an exciting and fulfilling career helping other people achieve their goals and accomplish physical feats they did not think possible. She worked her hardest, and did her absolute best, and then one month before she was going to graduate, she was rear-ended while driving to her practicum placement. Everything came to a screeching halt due to yet another concussion, whiplash, and injuries to her shoulder, wrist, hip, neck, jaw, and back. She was once again incapacitated and in debilitating pain. Despite this, she completed her gradation requirements only one month late, graduating her program with Honors.

And thus began the current ongoing chapter of injury recovery, overcoming immense challenges including addictions to prescription medications, pain management, mental health concerns, and leaning on those around her for help, all while building her business and helping others through their injuries and challenges. Recovery from the car accident has been difficult to say the least, especially since a major surgery on her left wrist and arm was done in December 2019 to clean up the wrecked cartilage in her wrist and shorten one of the bones in her arm. This surgery was a success and she is in the process of regaining as much use of her arm as possible and working on what feels like the last 20% of her overall recovery.

Sometimes the road that lies before you has twists and U-turns that you can’t see coming. None of the challenges Brenda has faced since the horse accident in December 2014 could have been predicted. However, instead of giving up, she has focused on her resolve to create the life that she wants to lead. She understands that working through these challenges is what sets her apart from other Personal Trainers, because they have given her unique insight into the different levels and depths of challenges that come with severe injuries and loss of physical abilities. She leverages these experiences, her empathetic nature, and her education and training to help others face and overcome their challenges, whether they are chosen or unchosen. No matter what the future brings, she will continue to work hard on her passion because she is building her own dream.

In 2018 Brenda completed the Personal Fitness Trainer diploma with Honors from the Northern Alberta Institute of Technology, the Corrective Exercise Specialist certification from the National Academy of Sports Medicine, and the Personal Trainer certification from the Canadian Society of Exercise Physiology, which is the gold standard in exercise science and personal training. She believes in continual education and is currently working on expanding her scope of practice with the Canadian Society of Exercise Physiology. 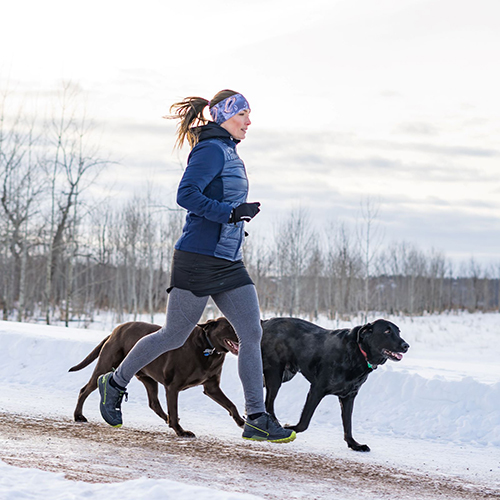